You can't help being awestruck by the magnificence of the interiors of this building. When you walk up the marble stairs your head turns involuntarily towards the ceilings, which depict epic scenes of battle, betrayal, and well... death. Turn the corner and try not to be dazzled by the giant sparkling chandelier conspicuously suspended by a heavy golden chain. Through the doors and a huge green marble jar with golden ornings fills the space of the next room. Continue on and you're dazzled by more and more gold, gigantic oil paintings, lavish furniture, marble statues, rich carpets and of course Russian girls posing for photos amongst all the splendor.

And it never seems to end.

Which is strange really. I mean, while the Winter Palace in St Petersburg is a fantastic work of art, it does demands one simple question...

What was he thinking?

Seriously. A you walk around the palace you can't help but imagine Peter The Great laying back on some battlefield in the 1700s after a seige against some European Empire and talking with his squire. The scene goes something like this.

"You know what I really need?" Peter says, looking at the distant clouds and chewing thoughtfully on a piece of straw.

"Nyet" The squire obliges his conversation.

According to Wikipedia, the Winter Palace has 1500 rooms, 1945 windows, and 117 staircases. What did they do in all those rooms exactly? And if you lost your favourite fuzzy Russian hat, what chance did you ever have of remembering where you left it?

Probably you just bought a new one. 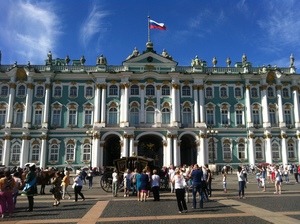 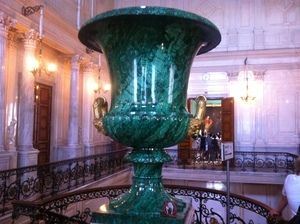 Here are some odd and interesting facts about the Winter Palace, which is now the home of the Hermitage Museum.

It's worth a visit, but if you go, just look around for an hour or two. It's way too big to see everything and after a while you going to get a bit lost and overwhelmed. 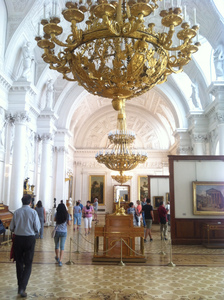 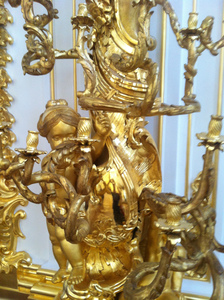