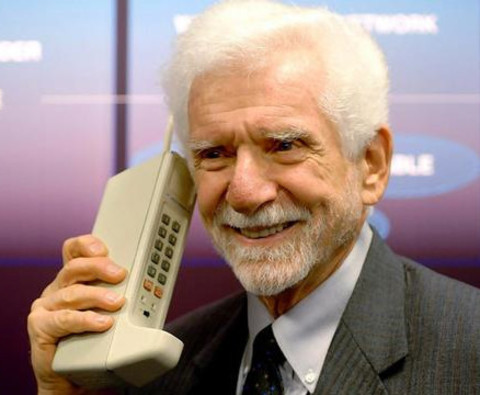 Life Without A Smartphone

I'm watching a young German guy absent-mindedly spinning his iPhone between his thumb and index finger. He reminds me of me. Me when I used to have a smartphone. But three months after replacing it with a dumbphone, I can finally see them for what they really are. Toys at best; tools for social media companies to sell your attention at worst.

You point your finger and laugh. Why would you buy a dumbphone? Well, I got fed up with smartphones. I got sick of replacing broken screens, running out of battery, fixing broken buttons and having them stolen. Also, I wanted to know if I would miss my smartphone. After all, we can't live without them, right?

No, wrong. Totally wrong. I don't miss my smartphone in the slightest. In fact, I'd say that life is better without it. Let's take a look at why. Here is what I used to do with my smartphone.

If I ever had a good reason to have a smartphone, this was it. But as it turns out, cheap point and click cameras are even better than your phone camera, and they don't impose fake colour mode to make your life look better than it really is.

My girlfriend donated me a Samsung camera she won. Unfortunately it got sand in it, so I had to replace it. I still chose to buy a camera over a smartphone though, because I have started to enjoy not having a smartphone.

2. Tune my violin and guitar.

Along with the instrument tuner on my smartphone, I had some ear-training apps for learning to recognise music intervals and chords. I thought these apps were really helping me improve my musical ear. As it turns out, tuning my violin by ear every day is far, far more effective.

For tuning, I copied an mp3 of A440 to my dumbphone (i.e. the equivalent of a tuning fork) and use it as a reference. I have had to learn, not only to recognise correct intervals, but also to recreate them. My ear has improved enormously since I started doing this. As soon as I get my hands on a tuning fork, I won't even need the dumbphone. Or... as I get better at producing A440 from memory, even that could become redundant. This is a major score for the dumbphone.

I made sure to buy a dumbphone with mp3 support. I looked into buying a separate mp3 player, but there wasn't much point. Once upon a time had one of those tiny iPods that clip onto your shirt, which was quite good for skateboarding.

With a slide keyboard like Swype, smartphones are not too bad for taking notes. Then again, neither is a 50c notepad. Also, I have my memory palace. On the whole, I just don't miss taking notes on my phone. Pen and paper works just fine.

This is the only app I miss on my smartphone. I can review my flashcards on my laptop, but I find that I don't. It's just not as fun for some reason. Either that, or I'm simply not in the habit.

I've been thinking something like a Kindle Fire could be good for reading and reviewing flashcards. Having a phone, a camera, a mini-tablet, and a laptop seems like a pretty bad solution, especially for a traveller. On the other hand, it does spread your eggs into different baskets.

6. Chat with my imaginary friends.

I've never been a heavy chat user, but I was just getting into WhatsApp when my iPhone was stolen. How am I going to flirt with all those girls without WhatsApp? I wondered. Well, I found a solution for that too. I don't. WhatsApp is an annoying waste of time. Having to send text messages instead of chat is a good way to filter out noise. Then there's making phone calls. Remember when people used to do that?

Smartphones are a status symbol. Let's face it. If you want to be cool, you have to have an iPhone. Apple's marketing department decrees it so. What sort of self-respecting hipster would use anything else?

Fortunately, I've never been particularly interested in social status. Besides, I know that you know you paid too much for it. I'm so stoked with my dumbphone, it shows. I can brag about my battery life and indestructable screen and near-zero expenses while you just sit there thinking "you know what... he's right." Although you won't actually say that.

There is also a sort of street cred in having a dumbphone too. It's like having two phones. People wonder. Why, why, why?

My dumbphone can do that.

And that's it. I can't find a good reason to buy another smartphone. Having email on your phone is a great way to keep you working around the clock, but that's not what I'm aiming for. Then there's Facebook, I guess. But that will have to wait for another day. Can you imagine it? Life without Facebook?

Life Without A Smartphone

Yeh, there is really no substitute for a good flashcard app. I've tried making flashcards in my notepad by folding sheets of paper, but it's just not the same.

As for SSH, ironically server maintenance is one of the reasons I prefer my dumbphone. I missed too many critical outage messages because smartphone was out of battery, the message was lost in the noise or the phone was just being retarded.

BTW I'll be releasing my Android flashcard app very soon. It has some neat tricks which make it easier to test complex memories, such as memory palaces or song lyrics. Let me know if you'd like me to add you to the mailing list (or just sign up in the sidebar of my blog).

You make some good points. I'm tempted to switch, now. But two things are keeping me from switching to a dumb-phone:

SSH and (as you said,) flash-cards.

If I couldn't study flash-cards on my smart-phone, I'd probably never get to studying them at all. When I'm on a computer, there's more important stuff I need to work on.

And in the case of SSH, sometimes there are emergencies I need to fix right then-- need a file from my home desktop, need to get a server back up, etc.

If dumb-phones could do those, that'd be perfect.