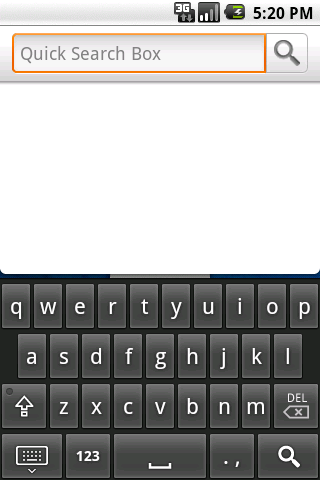 How To Check If The Software Keyboard Is Shown In Android

Here is a method to detect if the soft keyboard is visible on the screen in Android. All the other methods I have seen test the height of screen elements to guess whether it is displayed. This doesn't work for keyboards like WifiKeyboard which is an invisible keyboard.

This method uses the callback result of InputMethodManager.showSoftInput() to determine if the keyboard status changed. This is suitable for me because I need to call showSoftInput() anyway if the keyboard is not shown. The result from the operation needs to be polled because it is asynchronous. This example only polls 500 milliseconds and assumes that anything longer than that is caused by the keyboard being loaded and rendered.

Here is how the code is used:

How To Check If The Software Keyboard Is Shown In Android

The IMMResult class is the key element. It looks like this:

The useful result values are:

See the InputMethodManager documentation for details.

Hope this helps you!

I don't think that busy waiting on the result is a good idea.

I tried alot of different approches as well, and yours worked most reliably.

I made some simplifications and posted it on SO:

I have the same problem as Glen, my onReceiveResult is apparently not called.

As an aside, I didn't see the need for the polling as opposed to simply overriding the onReceiveResult callback, except that the polling provides the ability to get a response even if the callback isn't called. Although in this case, it provides no real information?

Hi Roger, thank you for sharing this with us. But for some reason the result code is always -1 for me, indicating that onReceiveResult is never called.
Do you have any suggestions at all?

Hi Priyanka, That's an odd requirement. I'm not sure it is possible since capturing keyboard input has security implications. Let me know if you manage to figure it out...

I was wondering if you know how to detect key press from on screen Keyboard in android. I want to catch Ctrl+shift+i+k and show a dialog. But i am able to do that only when i am using physical keyboard and not with the on screen keyboard.  Hope you can help.

I don't need to show the keyboard manually. I just want to detect when it changes its state (shown/hidden) with appropriate callback function. Does it possible?

It's quite a mess really, but it should give you the information you need.

Just don't understand how to integrate this with Activity. Can you comment this more?