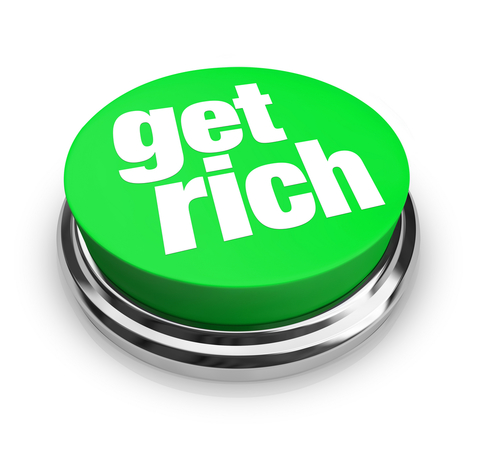 The title of this post is exaggerated. It will take you longer than fifteen minutes to make your $1,739,586 using this method. But that's only because it will take you at least fifteen minutes to read the post. Then you'll most likely ignore it and do nothing. You'll do nothing because you won't get your millions immediately. Instead, you will have to wait until you retire.

Have I put you off yet?

Well, for those of you who are still here, let me explain the concept. It's very basic and boils down to reducing the fees on your superannuation account. The money that was once going towards your fund manager's yacht, will instead slowly accumulate and eventually line your own pockets.

According to the Australian Bureau of Statistics, the average net income in Australia is a grotesque $80,000 p.a. The compulsory super contributions on top of this amounts to about $8,000 per year (and is increasing). Using these figures, we can do a comparison of the future value of a 23-year old's superannuation account at retirement.

For this example, we using the same expected return for all the investment products. They're all stock market investments, so unless you believe your fund manager has a crystal ball, this is a valid assumption.

Now for the results. Here are seven different super funds, and the future value of our 23-year old's super if he invested in each. These were the funds I researched when setting up my own super account.

There you have it. By investing in a low-fee index fund instead of a typical managed fund, our 23-year will find himself $1.7 million richer when he retires. That works out to about $600,000 in today's money. I know, it's not much. Especially when you have to dig up your superannuation member number and open all those browser tabs to update your investment preferences. Actually, don't bother. It's too much of a pain. Besides, you could be on Facebook watching videos of cats doing backflips.