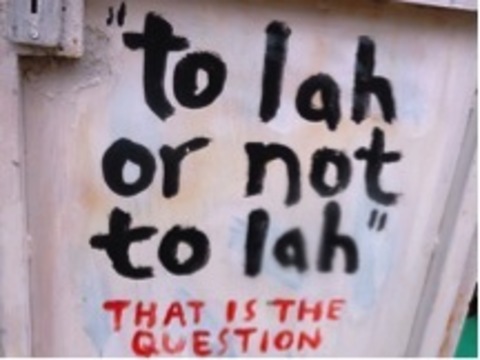 One of the great things about Singapore is the expansive range of cultures, food, languages and dialects. They have large Chinese, Malay and Indian populations and their government housing plan ensures that they are mixed relatively evenly. As a result, it's hard to say exactly what language people speak colloquially in Singapore because they switch so often depending on who they are speaking to.

Here are some of my recollections of Singlish, which is pretty similar to Manglish, but with less influence from Malay and more from Chinese (especially WRT pronounciation).

That's all for today... your trusty field linguist has exhausted himself ;)