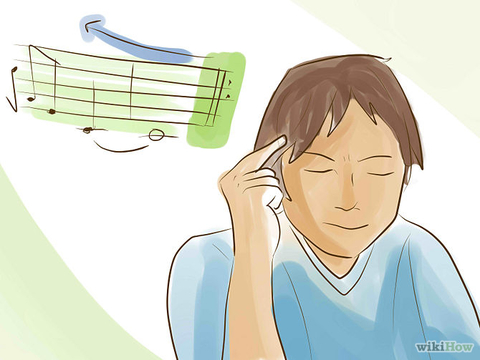 How To Memorize Music

Although I can read music, I hate it. It's slow, uncomfortable, distracting and entirely unnecessary. Music is already quite memorable and only requires a few hacks to get into your long-term memory. Here is the process which I use that has evolved over the past few years.

I hope you find it useful.

1. Find the MOTIVE behind the music.

Your goal here is to determine the reason WHY the artist wrote the piece. Throw out the sheet music and listen to a recording of the piece. Ask yourself the following questions.

It can also be very useful to do some background research about the piece and the artist. What was happening in his or her life when he wrote the piece?

2. Identify the FORM of the music.

Again, just listen to the piece over and over. The most important goal of this step is to identify the tonic and mode (major, minor, blues, lydian etc) of the piece. You will also recognise the genre and structure which are key parts of the music's form.

How To Memorize Music

For the mode you really want to know if the full set of harmonies used throughout the piece. Some songs will borrow chords or use harmonic minor for chords and melodic minor for the melody. But don't get hung up on this. As long as you have your tonic you can go onto the next step.

3. Chunk the music into sections and assign each section an image.

You are still only listening to the music. You don't want to look at any sheet music yet. The point here is divide the song into digestable chunks for focused study and better recall. Chunks usually end up being 32 beats long, but not always - it depends on the music. Assign a vivid image or emotion to each chunk. Hearing the first few notes of a piece is essential for recalling the rest of the song, so pay particular attention to the chunks that start new sections.

I place a single chunk at each location in a memory palace. Associating the chunk to the location is not usually difficult because you already have a clear image of the chunk. You can also use an imaginary memory palace which is tailored to your piece. Or, as I tend to do now, create a 'film clip' instead of a memory palace but make sure in that clip your chunks have distinct settings.

I've had some questions about the memory palace which is probably something new to a lot of people. The memory palace is only to remember the sequence of chunks. I don't remember specific notes or chords using the memory palace, just images, colours, emotions, sounds, scents, textures and anything else that I associate with that chunk of music.

5. Study each chunk in depth.

If you need to, you can now refer to the sheet music but don't fall into the trap of trying to memorize the notes. Look for the patterns.

As you study each chunk, practise it to get it into your muscle memory. This is very important. You can actually use the information in your muscle memory to extract information about the piece. For example I remember the harmonic progressions of my guitar pieces by the finger patterns I use.

If you are using sheet music to study each section, do not put it near your instrument. Put it in the toilet or downstairs or somewhere you don't want to go each time you forget something. You'll be more motivated to remember because of the cost of going to retrieve that information.

5. Make flashcards for each pattern your find in a chunk (optional).

Do not try to remember every individual notes or beat using flashcards or other mnemonics. Melody and rhythm already *are* mnemonic tools which utilise your tonal and rhythmic memory. Trying to encode it using spatial or visual memory would be like encoding your route to work using longtitudes and latitudes.

You can use flashcards for patterns (especially chord progressions), landmarks in the melody (especially the starting note of each chunk) and any particular sticking points you have, since these are key to recalling the entire melody. I also use flashcards for lyrics, but find them awkward and redundant for recalling rhythms. On the whole I don't rely on them much but making them forces me to focus on specific parts of the piece. You can overdo it though.

I use 'Memory Genius' an Android app which combines flashcards and memory palaces and allows me to deposit flashcards in my memory palace (see 'How To Build and Infinite Memory Palace' for more about that). This is nice because once I have my memory palace set up I can go back to any location and study it in more depth. I just leave some more flashcards there or 'repaint' the location appropriately.

Now that you have memorized the piece you can apply rote repetition and practise. If you plateau you can always delve back into each chunk to learn more about that chunk or add any embellishments that you skipped over.

You will need to practise a lot... but you knew that already.

Congratulations, you've memorized the piece and can perform it proficiently. The problem is if you stop here you're still likely to forget something unless you play it frequently. That's because you'll be relying too heavily on your muscle memory to perform the music for you. However, there is one more thing you can do to really cement the music in your memory: Teach it to yourself.

The purpose of this step is to force you to recall the music without reference to your muscle memory. There are three ways to do this:

I call this 'teaching yourself' because it gives me the same feeling I had as a tutor at university when I had to teach my friends the stuff I learnt the year before. It is uncomfortable but it forces you to really know what you're doing. Each of these hacks forces you to go back through the music without relying on your muscle memory.

My memory palace for 'Cuando Me Enamoro' is a hotel in Guayaquil. The motive of this song is to offer her more than you have to offer. It's a kind of helplessness.

It's difficult to describe here because my memory palaces are so caught up in images and emotions. Music without lyrics tends to be harder to create images for because you have to infer the meaning yourself and that's why I stress the importance of understand the motive of the piece before you even begin.

I've been thinking you might also just need a break from that piece. Reset yourself with another song and go back to the stuck one in a few months or something. Sometimes you can just do your head in...

You make an excellent point. What you are referring to is basically interference. The sections are similar but not the same and that's what makes it difficult. It's like learning Spanish and Italian at the same time. You think it should be easier but it isn't at all.

The key to handling interference is differentiation. You need to come up with ways to differentiate those sections. How does that single change in a repeated section change its function? If you can assign meaning to the music it should be easier. The artist made those sections different for a reason.

Previously I had repeated locations in my memory palace for repeated sections of the music, but I found that music is never truly repeated. Those 'repetitions' have different function and feeling. Now I give them their own space in the memory palace (or film clip) and decorate that area with specific meaningful mnemonics.

For example in the last song I studied the chorus was repeated four times. In the film clip / memory palace that I built for that song each repetition is different. The first one I sing to the memory of an ex, the second one to a crowd of onlookers, in the third one those onlookers are singing it to me and in the final chorus I'm singing it to myself. This way I can capture the different function of those repetitions.

Having the sheet music in front of you is the worst way to ever memorize anything, and FWIW I don't believe in superior intellect. Even the lowest achiever at your high school has phenomenal mental abilities that he or she deploys every single day navigating traffic, interacting with other people and just doing normal things that we take for granted as ordinary.

My question about how to memorize a piece of music has evolved over the last year or two.  Now instead of a one size fits all concept I see it as being different for different songs/works.  Simpler ones are easier as in Harlem Nocturne which I got down after only a few dozen playings. Piano that is.  Guitar is far easier.  Other songs like Cinema Paradiso has several repeating sections which you could roughly put into the AABA idea.  But the hard part with this one is that each of those parts has a slightly different ending.  Someone with a more energetic and clearer mind would likely grasp the pattern but I have played this one a few hundred times and I still need the sheet music. That's the frustrating part- if only you didn't have to play a thing a million times to be able to remember it.  Maybe if you have the sheet in front of you for an occasional glance but then try to play what you can from memory, in time maybe you'd get it memorized.  I look at people like Nat Cole or Oscar Peterson or Errol Garner and try to perceive how they did it. I think here's where a superior intellect comes in.